Following weeks of protest against racism, begun in USA but quickly spread around the world, some famous family brands have already decided to change or revise their look, name or images, due to racial stereotypes.

The size and the focus of protests grew rapidly, causing families to look carefully at racist ideas commonly found in our everyday life.

As a result and in response, brands began to question their image on a basis of a long list of racist imaginary in some of their products. Supermarkets all across USA are also rethinking their products and marketing, as an answer to the fight against systemic racism.

In many cases of well-known family food products, the pictures of black people on the packaging are based on old racist stereotypes, but they have become commonly accepted over decades. The images often show black people happily making or offering food.

Like is the case of PepsiCo brand Aunt Jemina, based on the stereotype of a black woman called “mammy”.

According to The Wall Street Journal, the company has announced it will retire its brand because of “its origins based on a racist imagery of black people” (according to Marketing Department of PepsiCo).

Aunt Jemina is a popular family brand of pancakes mixes and syrups, created in 1889 and inspired by a song called “Old Aunt Jemina” which was often performed by a white man in blackface in minstrel shows.

Within hours later that day, came the reply from Mars Inc., who announced that it would “evolve” its famous Uncle Ben’s brand and remove the “racist image of a black chef”, in response to ongoing protests all over the world.


Furthermore, several other leading family food companies have recently decided to follow suit and declared they would as well revise the packaging of their products.

Amongst them, B&G Foods Inc. who also announced a fast review of its current packaging for Cream of Wheat, the porridge brand that depicts a character named Rastus, a derogatory term for Black men and whose history is built on the idea that he was hardly literate and didn’t even know what vitamins were…

Land O’ Lakes also made a recent statement that they would remove the kneeling indigenous American woman from its logo on Land O’ Lakes butter and other products. 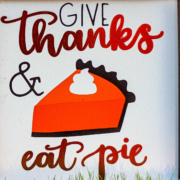 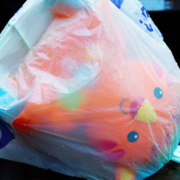